According to Bloomberg, in 2017 and 2018, Okinawa had more tourists than Hawaii.  Close to 9 million visitors in 2017!  And why shouldn’t they?  Okinawa has beautiful beaches and water activities.  Lots of history and culture.  And some amazing food.  It is also considerably cheaper than Hawaii and obviously closer for those already living in Asia.

Okinawa has a distinct and separate history from the rest of Japan.  In fact, it only became part of Japan for the first time in 1879 and then again after World War II in 1972.  So, the island has only been officially considered part of Japan for around 80 years (and many dispute that it is or should be).

In addition to being much more isolated than the rest of Asia in the 1700’s/1800’s/1900’s, its role for the allies in WWII and the amount of American military stationed on the island for the last 75 years has resulted in an island that has a very different culture from Japan or the rest of Asia.

Things to do in Okinawa:

Beaches / Water Sports:  Okinawa is famous for its beaches and diving.

World War 2 History: Memories and lessons of the war are still very fresh.  The continued presence of both the Japanese and Americans on the island makes the legacy of the war very real.  I recommend a visit to both the Former Japanese Navy Underground Headquarters and the Okinawa Prefectural Peace Memorial Museum to learn more.

World’s Largest Aquarium:  I didn’t go because I am really not a fan of aquariums or zoos, but Okinawa is home to the largest in the world.

Ryukyu (traditional name for Okinawa) History: Okinawa is filled with castles.  I visited Itokazu (very small and untouristy); Nakijin which is very popular; and Katsuren.  I didn’t get to Shuri Castle because it was too crowded on a Sunday but it will be a stop next time. 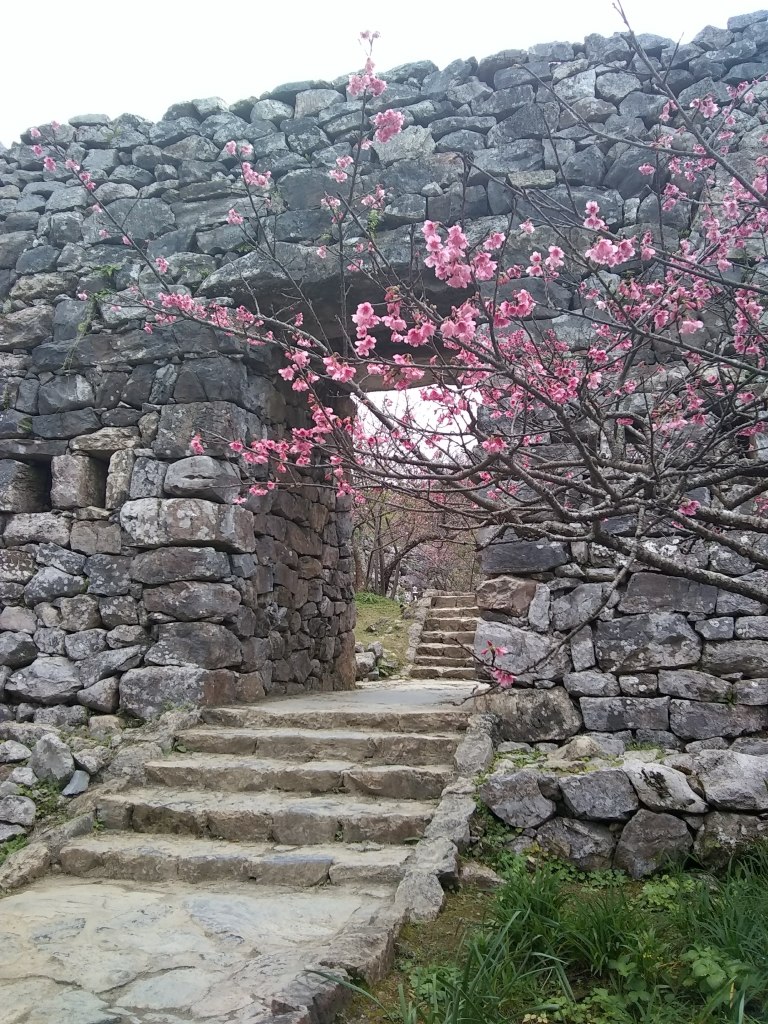 Cherry blossoms:  If visiting Okinawa as a side trip from Japan, you can see the cherry blossoms here 6-8 weeks earlier than the mainland.

I had some amazing food while in Okinawa and I know I didn’t even scratch the surface.

If coming to Japan, I definitely recommend taking a short hop to Okinawa to experience its unique culture, interesting history, and beautiful scenery!