One day in Osaka is enough.  However, there are lots of kid friendly options here, so if traveling with small children then you may want to stay in Osaka and visit Kyoto for a day or two.  In addition to the sights mentioned below, Osaka also has Universal Studio, a magnificent Aquarium, and LEGOLAND.

Osaka Castle Museum is magnificent from outside but you don’t need to spend the money or time to go inside.  Much of the displays are dedicated to Hideyoshi Toyotomi, the early shogun of the area.  The castle was bombed in 1945 and now is really more of a museum in the castle building.  I definitely preferred the Nijo-Jo and Himeji castles.

We didn’t know it was a thing at the time, but when we passed by the famous restaurant Gram we stopped in for pancakes.  It is right outside the train station for the castle.  Luckily we were there at an off time, and even though they had sold out of their specialty we were happy ordering off the menu. 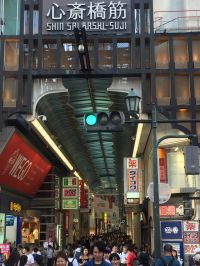 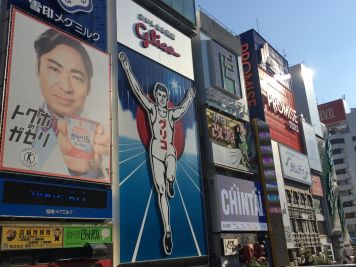 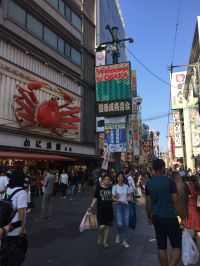 Another must stop in Osaka is Donotari which is the gaudy walking street.  Here you can eat, shop and see the famous Gilda running man sign.  Also if you haven’t stopped in a Don Quixote yet, go ahead and do that here.  It is an overwhelming shopping experience that you just have to try.    Osaka’s even has a ferris wheel for a view of the city! 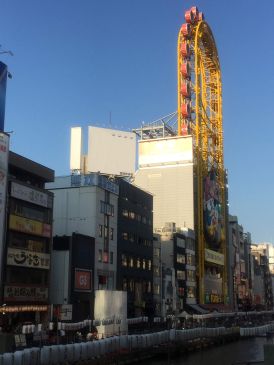 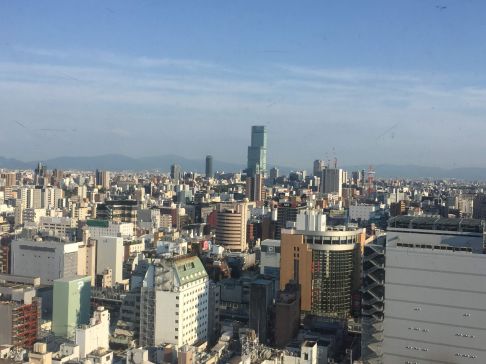 We wanted to also make it to Kobe on this trip but since that didn’t happen we decided to make sure to have Kobe beef while in Osaka.  We stopped in Shabuchin which has been open since 1972, for shabu shabu Kobe beef.  They also have a veggie option which is nice.  We were also hear mid-afternoon which was perfect and gave the staff the time to walk us through the process.  It is also cheaper at lunch than dinner. 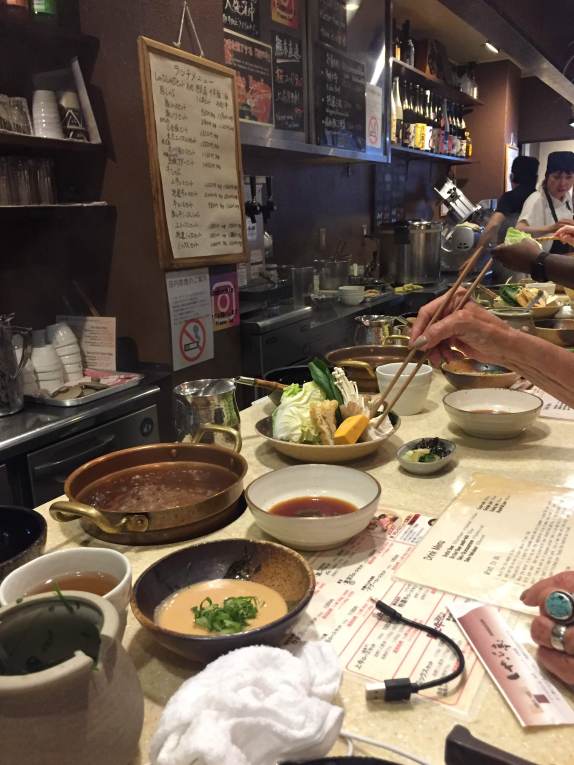 I don’t need to go back to Osaka, but it is a nice day trip from Kyoto.