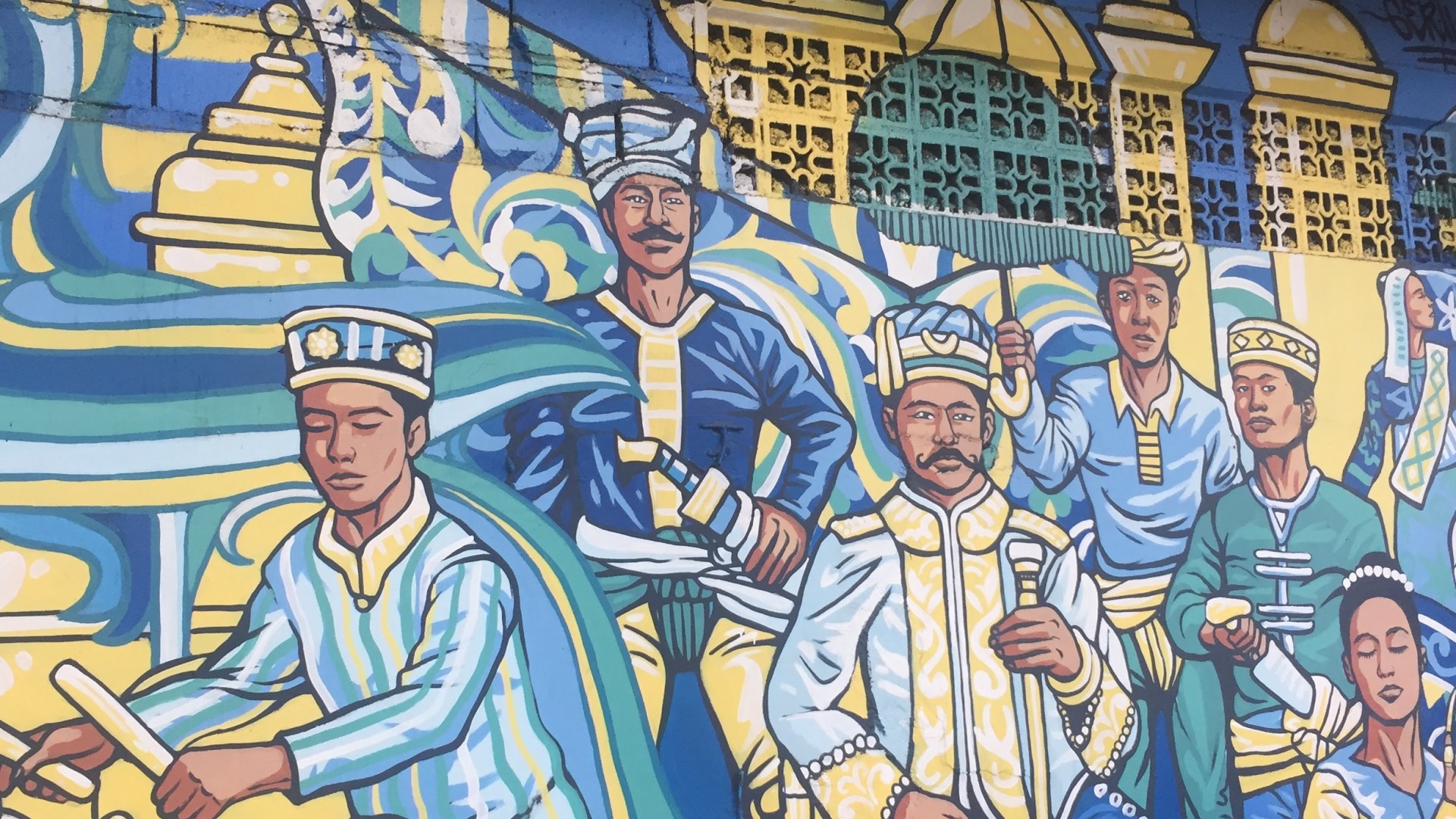 I keep talking about going to the Philippines but have struggled about where to go.  The Philippine nation is made of over 7500 islands.  Which to pick?  I also really want to see the Banaue rice terraces but the logistics are difficult for a short trip.  And frankly, I don’t feel like I have been somewhere if I haven’t spent at least one day in the capital.  Luckily, my problem was solved … in order to use the transient visa to see Shanghai, I had to go somewhere else before traveling home.  Manila was the cheapest and most direct option!

It turns out, nobody we met was surprised we only had one day in Manila.  I am used to locals trying to convince me (rightfully so) I need more time to explore their city.  In this case, most assumed we were just there for a day before heading on to a beautiful island resort. 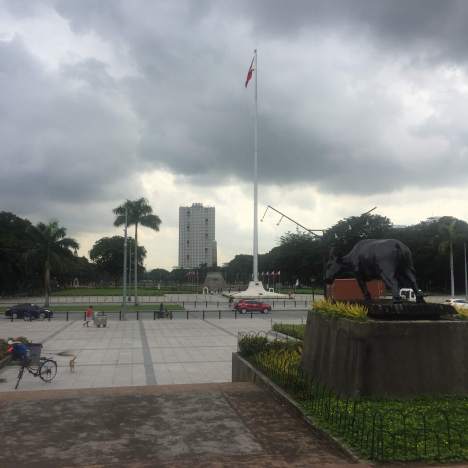 My plan for the day was pretty basic.  In the morning we were going to walk through Rizal Park to Intramuros the old walled Spanish city.  In the afternoon we would visit the museums.  I still think it is the perfect plan for a single day.  However, please note that all museums are closed on Mondays.  If you can’t guess, I was there on a Monday… 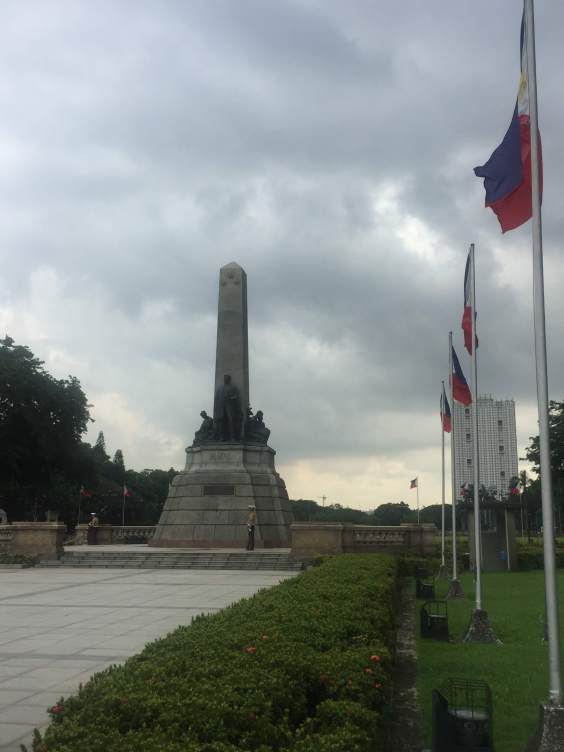 My walk through Rizal park was actually my favorite activity of the day.  First of all, I have mentioned my love and interest in National Heroes before.  Rizal park is named after Jose Rizal, 1861-1896, the Pilipino hero for his early role in independence from Spain.  His life also involves a tragic love story in which he was finally allowed to marry his sweetheart just two hours before execution. 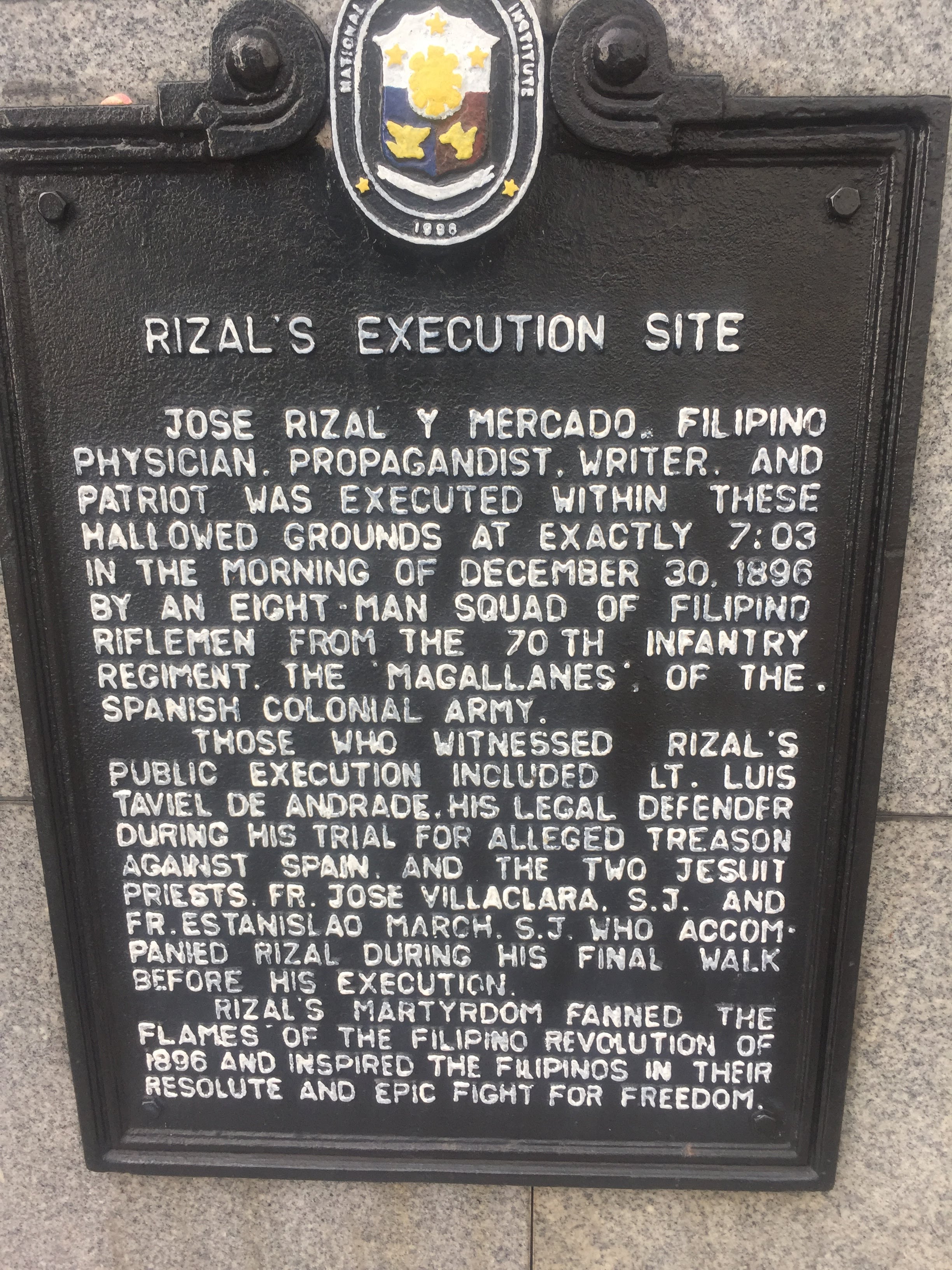 In addition to Rizal, the park is lined with local heroes who fought for independence.  National pride exudes from the park. Additionally, the park is filled with murals which represent different areas of the country.  Most importantly the park is filled with local citizens of all classes.  We saw groups of school children, lovers and homeless all in one place.  It park gave me a feel for the people, the country and the history. 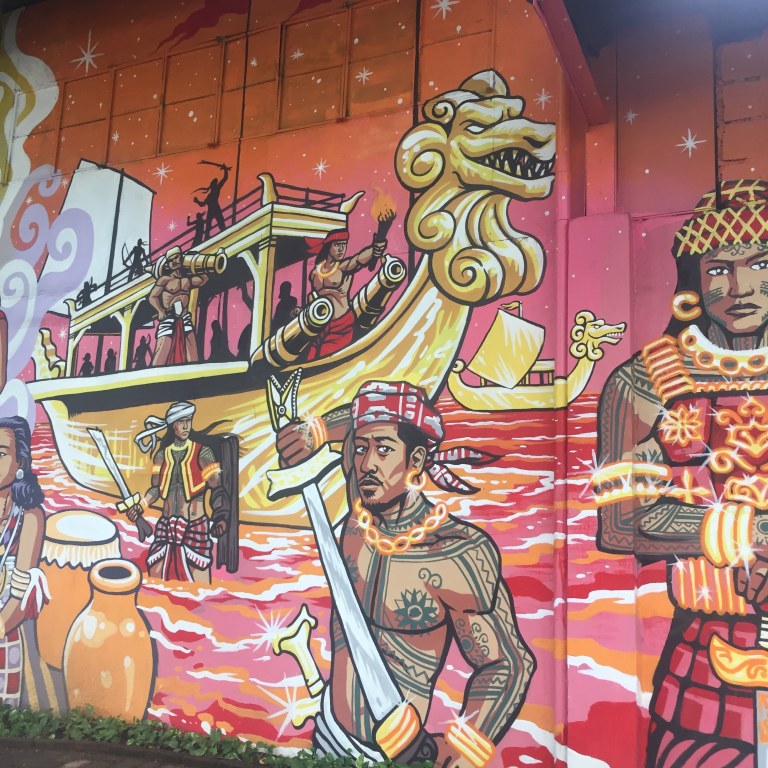 It is an easy walk from Rizal park to Intramuros.  You will be offered a tour by a dozen Jeepneys.  As you get closer, take one.  The Intramuros is remarkably large for an old walled city and Manila is HOT.  However, make sure you understand the cost as it is by hour and person.  There is a set route and you will see all of the main sights. 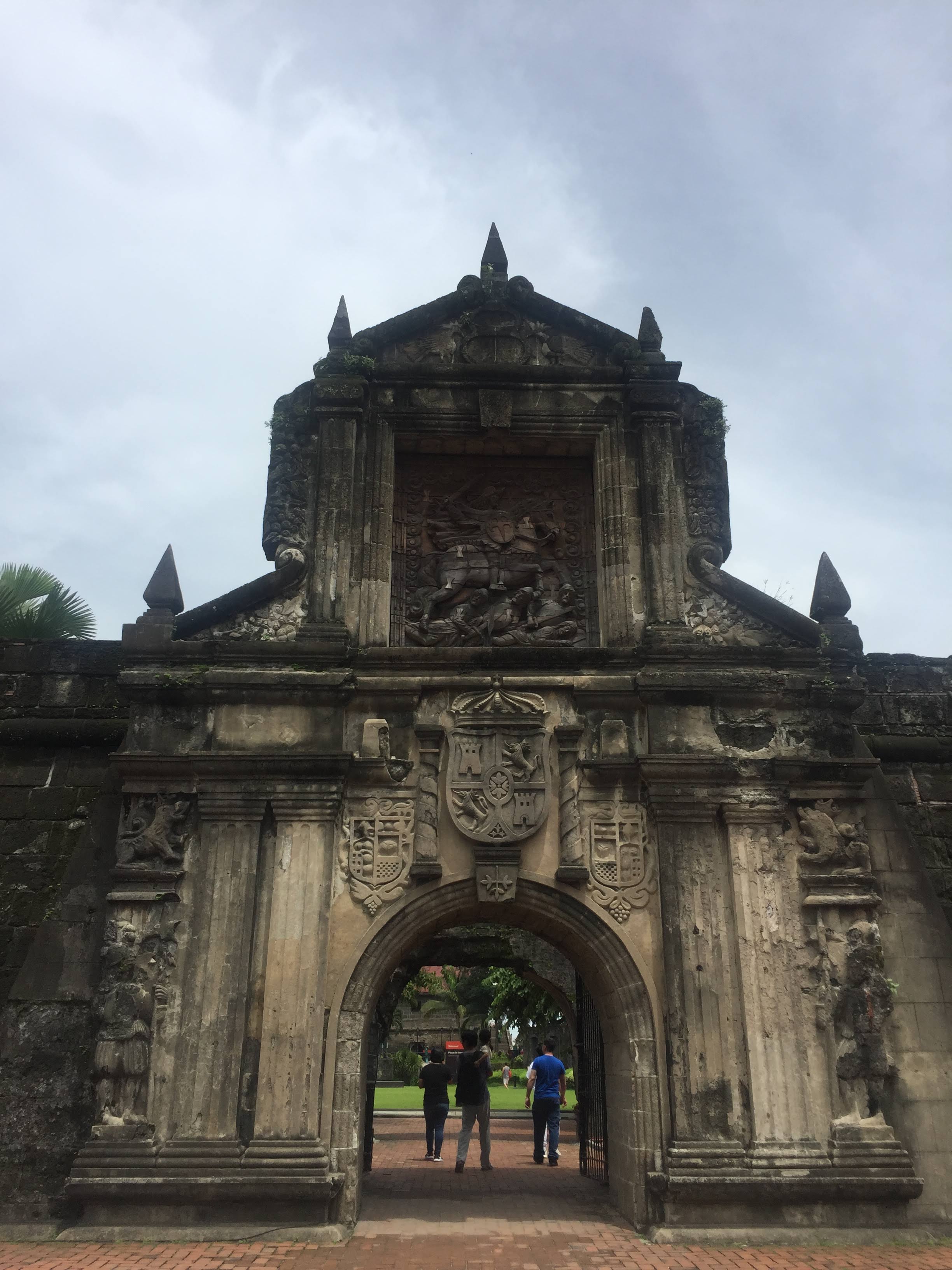 After our tour we had lunch at Illustrous which I highly recommend.  It had great options, wonderful air conditioner, and fantastic Sangria. 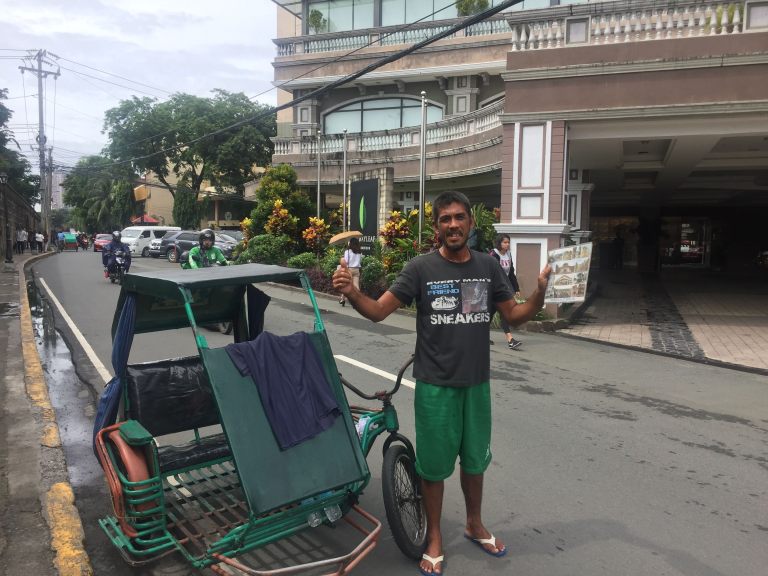 As mentioned, if not there on a Monday, I recommend spending the afternoon at a couple of the museums.

Finally, Manila is known for its sunsets so head either to Manila Bay or back to Intramuros for a roof top view of the sunset.

One Reply to “One Day in Manila (Philippines)”