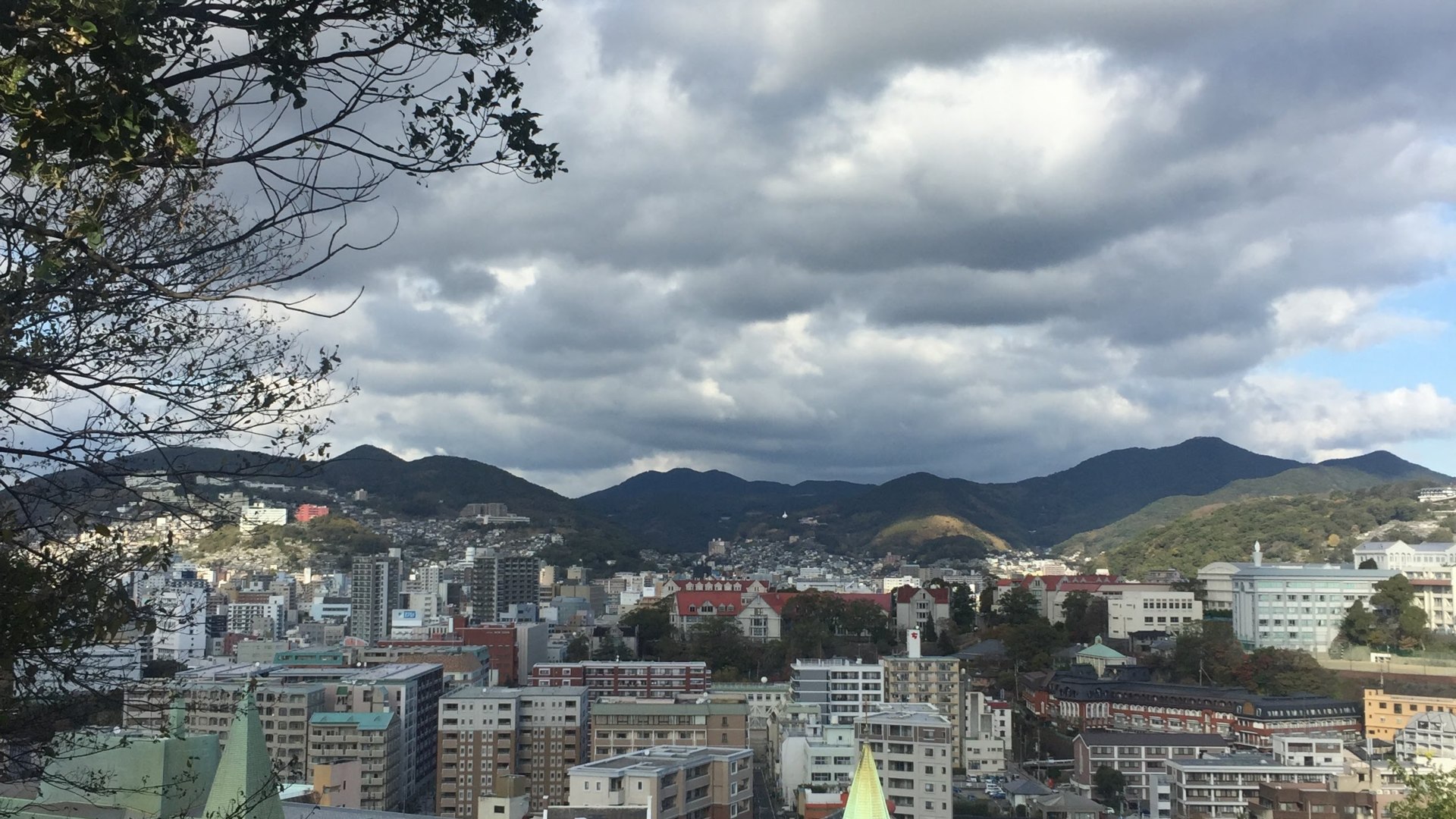 Nagasaki was on my Japanese bucket list for a few reasons.  #1:  I wanted to visit all of the major islands and Nagasaki is the largest city on Kyushu.  #2:  Nagasaki has a unique history.  For several hundred years it was the only port open to foreigners and therefore the only city with Dutch, Portuguese, British and even Chinese influences from the 17-20th century.  And as such, it is also the epicenter of the Japanese persecution against Christians.  #3:  It is the location of the second atomic bomb and I wanted to compare the museum and peace park to that of Hiroshima.

What I didn’t know before visiting (but should have been #4 if I had been better informed), is Nagasaki takes great pride in its role in Japanese fast industrialization (and thus becoming a world power) during the mid-19th century.

So with those goals in mind, this is how I spent 2 ½ days!

Dejima Island (recommend 2 hours):  This is a man-made island Dutch Trading Post housed the Portuguese and Dutch merchants in the mid-17 century.  The buildings have been restored and it is a lovely walking village although not as commercialized as others throughout the world. 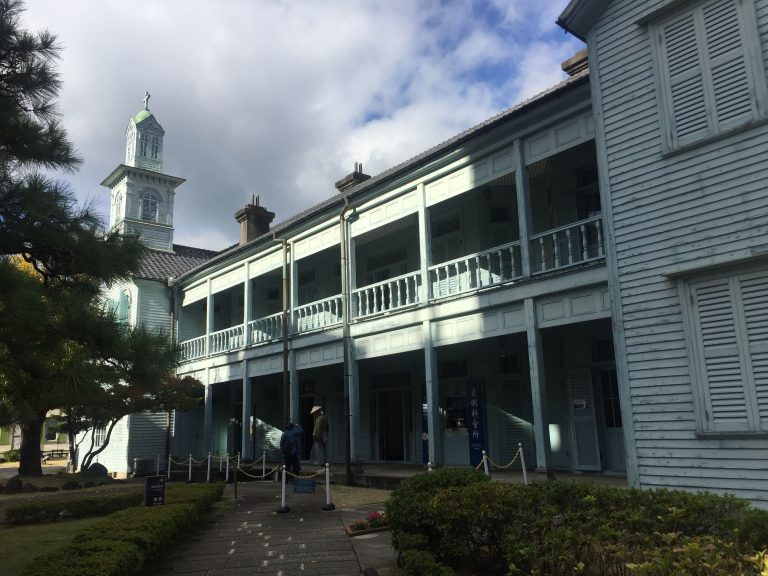 Gunkanjima Island.  “Battleship” island is 4.5 km west of Nagasaki.  You visit by boat and learn about the history of the island.  In 1810 coal was discovered off the coast and the island was used for the workers in coal mining operations.  At one point, the island had the most dense population in the world.  When combined with the museum plan on 3 hours for the trip.  This was a favorite of half our group.  The coal mined was instrumental in Japan’s industrialization and militarization in the 19th and early 20th century.  If you visit, I recommend you supplement your reading and research with some outside sources as the museum and tour is very positive but neglects to tell you about its role in housing Chinese and Korean prisoners.  Of note, the island can be seen in the James Bond movie Skyfall.

26 Martyrs Museum and Church was my favorite stop of the trip.  Not only is the church beautiful with some spectacular mosaics but the museum is informative about both the history of Nagasaki and the legacy of Christianity in Japan.

I also think it is worth an afternoon stroll to see the Meganebasi Spectacles bridge from 1634 and to walk through the Nakadori neighborhood to see the canal, stone bridges, shops and temples. 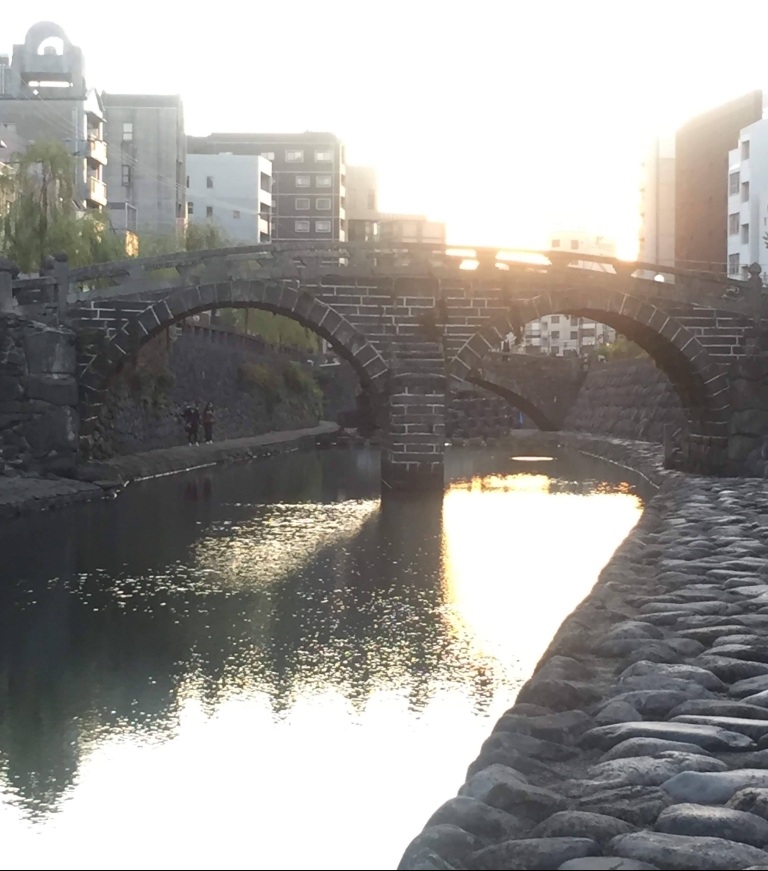 Nagasaki also has a famed night view.  There is a free shuttle to the ropeway and then it is 1000Y to the top.  We didn’t spend much time up there.  And while it was a great view I am not sure it was worth it.  It puts a crimp in the day to have to catch the bus at a specific time and then to time your return.  I give the view a 4 out of 5 but then knock the experience down to a 3.5 because of the logistics involved. 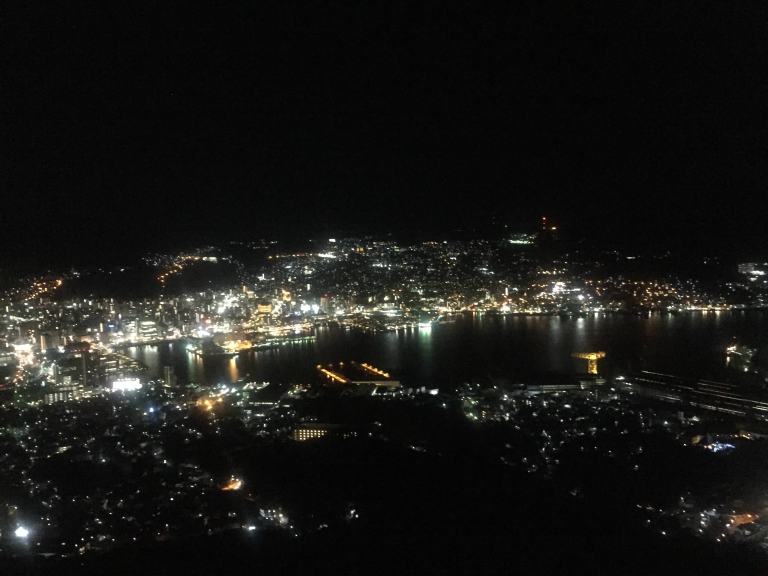 Oura Church had mixed reviews from our group.  It averaged out at a 4 out of 5 but had both a 5 and a 3 rating.  The 3 was from me…  I thought it was expensive, it was loud, and it didn’t feel genuine to me.  It does have a large museum but I didn’t learn a lot that I didn’t get from the other sights.  If pressed for time or patience I would recommend just walking by to admire the outside and then head up the hill to Glover’s Garden. 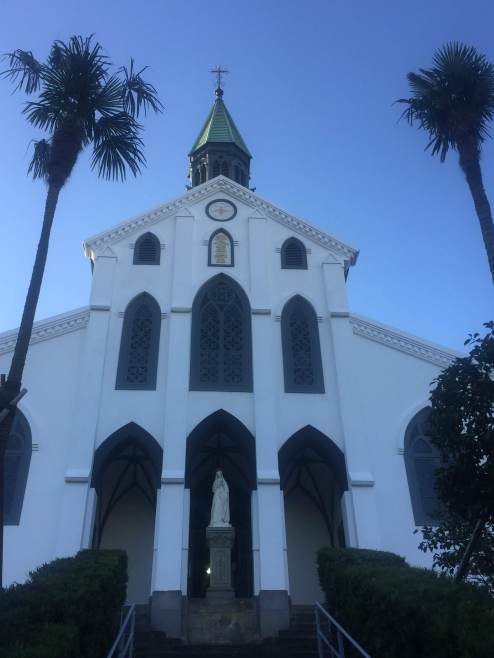 Glover Garden sits just a little further up the hill from Oura Church and was built for Thomas Blake Gardner and represents his and other Western contributions to the industrialization of Japan. It is a very pretty spot with a wonderful view of the harbor but if I had to cut something out, this would be it.

Finally, you will need a full half day for the Atomic Peace Park.  It is a large site as you want to make sure you visit the park, the hypo center the museum and the church.  It was interesting and had a different feel and perspective than Hiroshima.  We all thought Hiroshima was more of a historical site where Nagasaki looks forward as more of an anti-nuclear sight.  Additionally, I learned some new things in the museum that I hadn’t heard before. 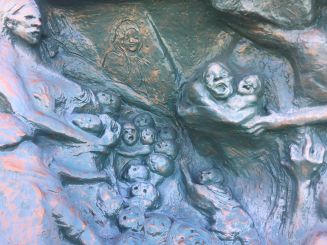 We had extra time and used it in the Museum of History and Culture which ended up as one of our favorite stops.  It was large with a friendly staff.  It is part of the old magistrate house and you can walk through the traditional rooms which is unusual in Japan.

Overall votes for top things to do in Nagasaki:

*Museum of History and Culture

If you only have time in Japan for either Nagasaki or Hiroshima we unanimously agree we liked the Hiroshima Atomic peace park better but enjoyed Nagasaki overall as a city.

Some additional tips and thoughts about traveling to Nagasaki:

A tram runs through the city and makes transportation easy.  Tickets cost 230Y each or you can buy a day pass from your hotel that is well worth it if you plan to take more than 3 rides.

The wind whips off the port and it is humid, so it will feel colder than then temperature suggests.

I had a hard time finding a good place to stay.  It was a busy weekend.  Most of the Air bnbs were not centrally located and hotels were expensive.  We ended up at the ANA Crowne Hotel.  It was a great location, comfortable, expensive and without character.  I also didn’t love the staff who weren’t particularly helpful.  But not a bad experience so I would stay there again if I didn’t have a better option.

Gusto’s for breakfast.  It is centrally located, well priced with a good menu.  Even if you love Japanese food, a Japanese breakfast can be a hard start to the day – especially for an American.  Gusto’s has some Japanese options but they also have great pancakes, eggs, a drink bar, and even breakfast meat.  And four people were able to eat for less than one person at our hotel!

Nobister is a small café near Dejima Island. They had a wide range of vegetarian options.  I loved the apple compote cheese sandwich.

The Attic next to the wharf had good pasta and pizza.

I saved the best for last – Hiiragi Ramen was outstanding and we went twice in two days.  We enjoyed both the Tomato ramen and the Tukumen ramen.  If you order the tomato ramen, make sure to get extra eggplant which was amazing!

One Reply to “Weekend in Nagasaki Japan”