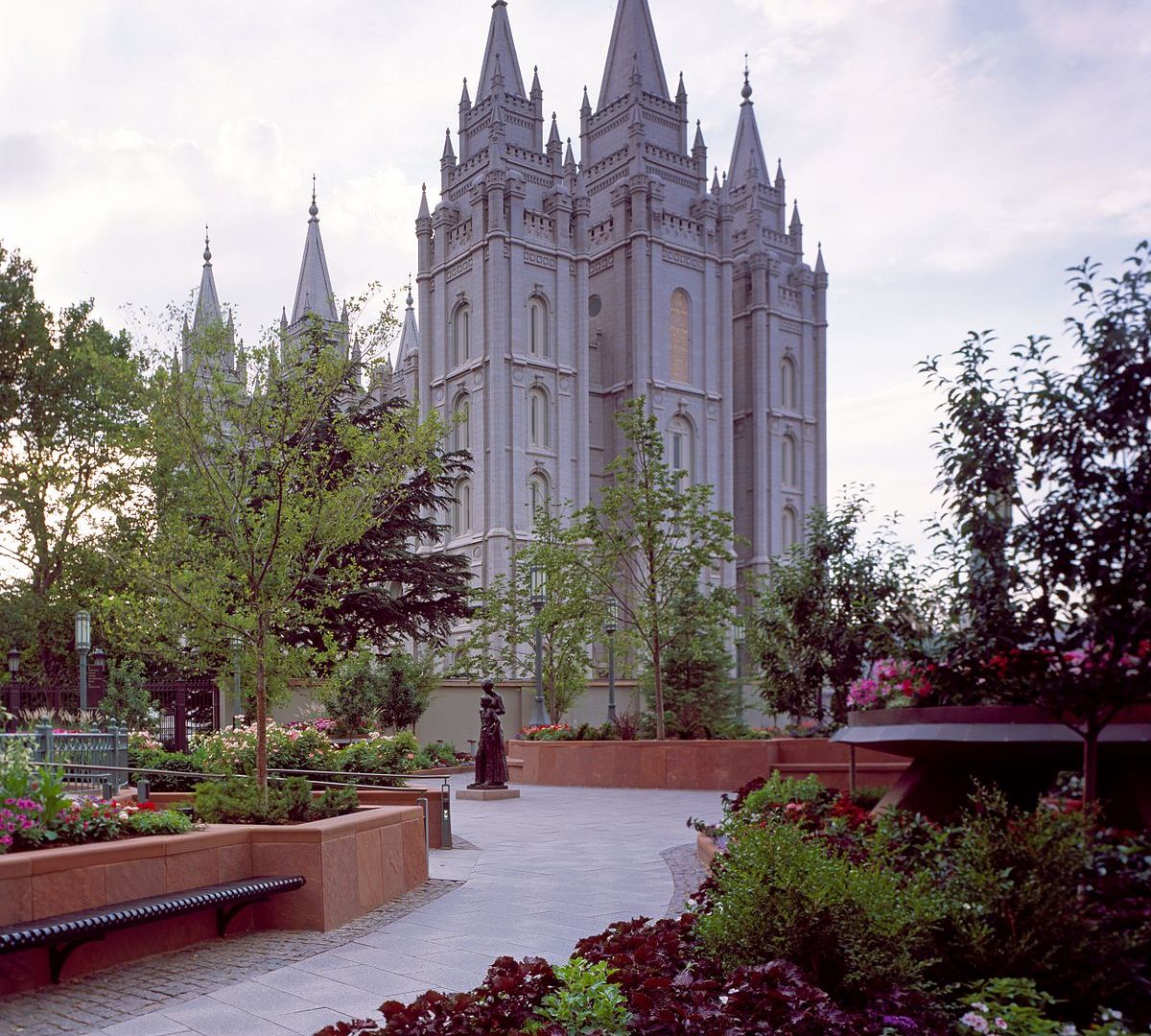 I don’t necessarily recommend Salt Lake City as a destination location.  However, it has a major airport and is a great place for exploring America’s West.  Salt Lake City is also unique for a couple of reasons:

Church of Latter-Day Saints (LDS) History and Culture.  Salt Lake City is where Brigham Young, leader of the church, declared “This is the place” in 1847 after the long journey west from Missouri.  The days of ’47 and 24 July are still celebrated annually in Utah.

The LDS Church was very organized from the beginning and Salt Lake City was planned from day one.  The streets are straight and form a grid based with the temple at its center.  An address may be 3500 N 2300 W.  But this also shows how ahead of its time it was. As an example, State Street which is a main thoroughfare that runs North to South has never had to be enlarged.  It was built over 150 years ago so a team of oxen could turn around.  And today it is 6 lanes wide.

Utah was and is the heart of America’s Old West. Even though Salt Lake is a city, you may still see a tumble weed.  The dry wind will still blow.  And you will see the majestic Rockies in every direction.

Utah is famous for some rare archelogy findings.

Where to go if you have a day or two to spend in Salt Lake City?

Temple Square is the center of the LDS church and unique from any other destination.  Free tours are available and the grounds are beautiful.  Plan on half a day.

I love the Leonardo Museum of Creativity and Innovation and visit with my parents every couple of years when I am in town.

Natural History Museum of Utah has paleontology and archelogy exhibits unique to the Utah area.

With the legacy of the Sundance Film Festival, Utah has some great independent movie theaters that you would not expect in such a small city or such a conservative city.  If you enjoy movies and have time, check out either the Tower Theater or Broadway Theater.  This is something I do every visit to Utah.

If you are in Salt Lake during the summer, there is a wonderful Farmer’s Market at Pioneer Park on Saturday and Tuesdays.  Then head across the street to Bruges Waffles & Frites – which you guessed it, has amazing Belgium Waffles and French Fries.  I can never decide and always get both.

While there is not much to see and do there, The Great Salt Lake is an obvious stop.   Most find the salt flats breathtaking and unusal scenery.

It is about an hour drive but Promontory Point at Golden Spike National Historic Park is also a very unique part of America’s history and marks the point where the first transcontinental railroad was finished.

This is the Place Heritage Park and Pony Express Trail will give you a great perspective on both Utah as well as the Old West.

Drive up to Park City for the scenery, food and shopping.

Red Butte Gardens is also a family favorite.  This is especially fun if you can see a show there in the summer.

More importantly, Salt Lake is a great jumping off point:

Sundance Film Festival is two weeks every January.  I have several posts about how to get tickets, where to go and what to do.

Hiking in Southern Utah is some of the most beautiful in the world.

Utah claims to have the best snow on earth and therefore some of the best skiing!

Salt Lake is the closest airport to Yellowstone National Park.

You can also drive to the Grand Canyon in a day.  Vegas is closer but Salt Lake should be your choice if you also want to see the National Parks of Southern Utah.

If coming from elsewhere in the world, Salt Lake has cheap flights to Denver, Vegas and LA.

You will need to rent a car.  While Salt Lake has light rail called Trax, it is not very convenient or useful.

There are a lot of closures on Sunday.

Utah is DRY.  You will need lotion and to stay hydrated.

Speaking of dry (pun intended) while the alcohol rules have become less restrictive in the last two decades, they still change frequently and will be more limiting than other major US or European cities.