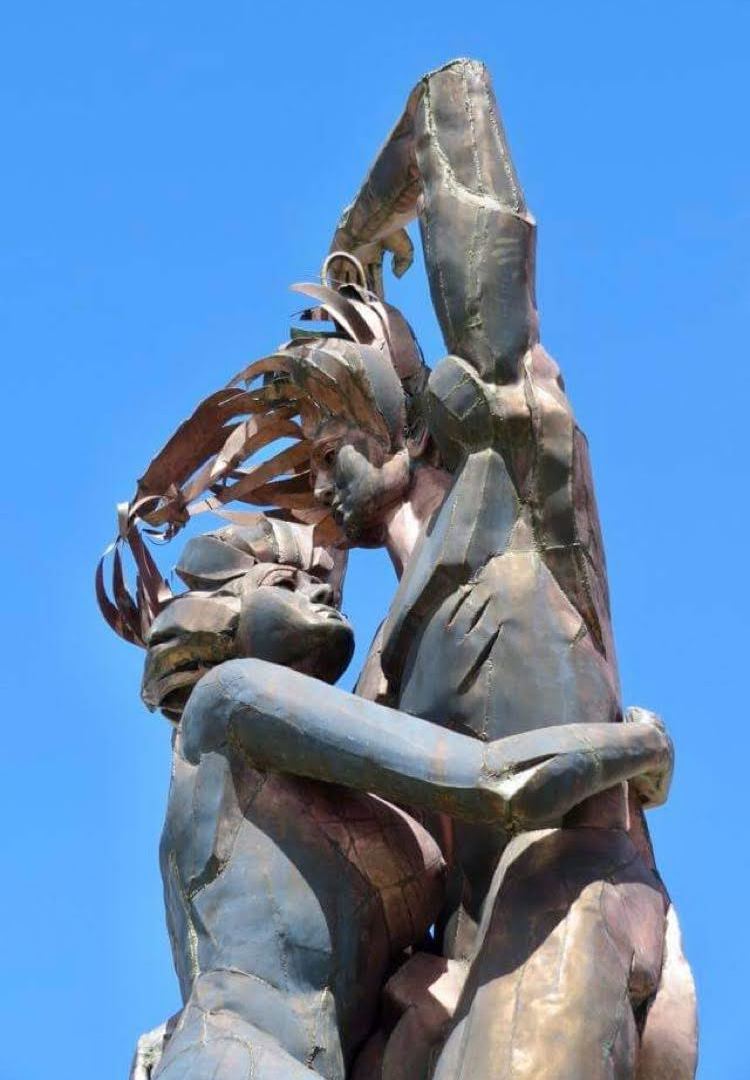 Two Lover’s Point is one of the most popular and touristy spots on Guam.  However, don’t let that deter you.  Guam is still much less touristy than almost anywhere else.  The view is amazing.  The statue is unusual.  And the story is romantic.

Two Lover’s Point is dedicated to the CHumorro legend that is as old as time itself and found in most cultures – star crossed lovers.   Long ago, when Guam was under Spain, there was a wealthy family.  The father was Spanish and the mother was CHamorro. They had a beautiful daughter who was to be married to a Spanish captain.  However, she ran away from home in anguish and met a local man.  They fell in love.  When her father learned of the relationship he demanded she marry the Spanish captain immediately.  However, instead, she met her lover, they intertwined their hair and they jumped from the cliff near Tumon bay. Today you can see their faces in the rocks near the point where they jumped.

However, that is not where the story ends.  In celebration of the beautiful story, the park had a statue which was destroyed by a typhoon in 2002. In 2011, David took his beloved Nancy to Two Lover’s Point and told her the story and vowed to buy and repair the statue.  After years of work, in 2015, on David and Nancy’s second anniversary the statue was returned to the point.

Two Lover’s Point is one of the few places on Guam where you will pay for a view.  However, there is also a restaurant where you can enjoy the legend, the view and even the sunset.

It is worth a quick stop.  (And it also has a pretty good gift shop).