We have a friend who recently moved to Woodsville, New Hampshire, and as only friends can, we gave her two weeks to settle in before we invited ourselves to visit and enjoy the fall festivities. She graciously let us stay at her (maybe haunted, maybe not haunted- the jury is still out) home.

On a gorgeous fall day we took a driving tour along “The Kank” or, the Kancamagus Highway. As I am easily amused, I thought it fun that we had to A. drive “to Vermont” to go to the bank, and B. that the bank drive thru ATM dispenses funds in $5 increments. I got out $25 just for fun.

First stop was the café at WINDY RIDGE ORCHARD– I had a breakfast sandwich and my friends had the maple waffles. Every order comes with a free donut, fresh out of the oven and with a shaker of cinnamon. Also, I can highly recommend their maple carmel corn. 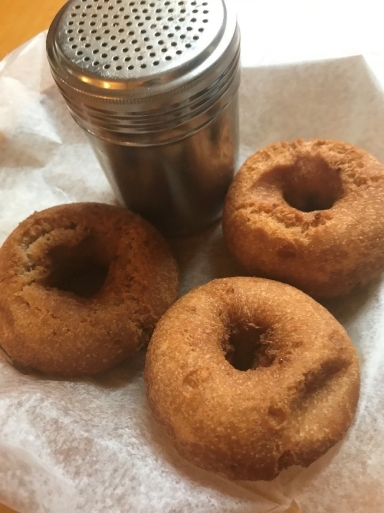 Next, we drove by the site of the MAURA MURRAY DISAPPEARANCE, which is a missing person case that has never been solved. It’s been the subject of several tv shows and a documentary series; there was no obvious foul play but the circumstances were (and remain) highly suspicious.

We drove on to BEAVER LAKE, a gorgeous stop with the trees starting to turn fall colors. It was windy and cold so we didn’t stay long.

We then continued to LINCOLN, NH, the site of the first widely reported alien abduction in the US. Barney and Betty Hill were highly respected couple who claim that they were abducted in 1961; they woke up several hours later miles down the road and with their clothes torn.

Be aware that Lincoln has not embraced its notariaty. There is a (rather underwhelming) roadside marker at the approximate location. We went into the gift shop at the nearby resort and the clerk looked at me like I was crazy when I asked where their alien stuff was. I’m not sure why she seemed surprised; they are the ones with a alien abduction marker in their front yard. 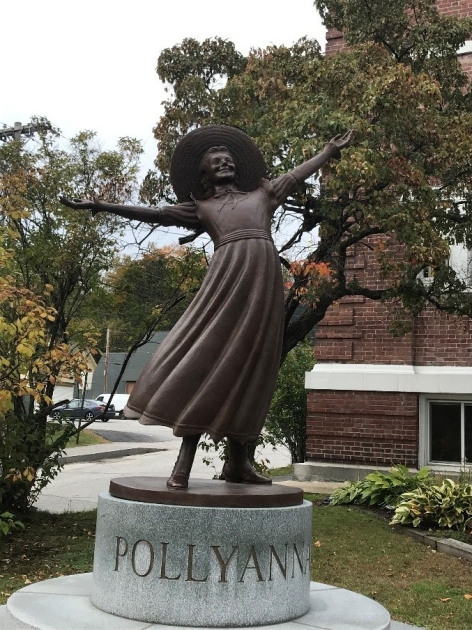 We continued our drive up and around and thru the mountains (with about a zillion of our favorite friends; it was crowded!) and finally ended up in LILLINGTON: THE HAPPY TOWN. The author of Pollyanna lived here; I thought it was quaint but if you haven’t grown up playing the ‘glad game’ you may not be as charmed as I was. There is a covered walking bridge to explore, the “world’s longest candy counter,” antique shops, and sidewalk pianos for anyone who wishes to make some music.

Our final stop was The Brick Store, “America’s Oldest General Store” in Bath, NH. It had a wide variety of t shirts, fudge, and, if you’re in the market, animal pelts (we weren’t.)

This was the perfect fall field trip with gorgeous scenery, and plenty of opportunity for fudge and fall treats.