For my recent trip to Indo-China, Vietnam was the main event.  I had two weeks and outside a quick stop in Laos and Angkor Wat (Cambodia), my goal was to see as much of Vietnam as possible.  This was not an easy task, Vietnam is a large and diverse country.  North to South the country covers over 1,000 miles.  Additionally, after a long history of wars and occupations, it was not even united the first time until the 1700’s, and most recently until 1975.  This means the country has several very distinct histories and cultures.

If you only have a limited time, and want to get an overall sense of the diversity and history of Vietnam I would recommend 3 stops:  Saigon, Hue and Ho Chi Minh City.

Some impressions and lessons from my short time in Vietnam:

*The country is very proud of its farming culture and legacy of industrious people.  A French saying was – The Vietnamese plant the rice, the Cambodians watch the rice grown and the Loa listen to the rice grow.  While I only read that, I got the same impression and pride from the Vietnamese that I met that they were pride of their work ethic and ability to survive adversity.

*Outside of Ha Noi I did not think the country felt very communist.  Certainly not like Cuba or the Soviet Union back in the day.

*The cultural identity of the Vietnamese nation (and what binds the over 54 ethnic groups together) is the continual struggle against domination — China (wars over a 1000 years), Mongolia invasions (Vietnam was victorious), the Japanese, Wars of Independence against the French and Americans…

*Grab and Klook are better options than taxis or tours for transportation.  It was also pretty easy to arrange to hire a local driver on the spot for a day.  You pay for a set number of hours.

*Lucy’s lessons for crossing the street:  It is chaos but gets easier with practice.  Don’t rely on a green light or cross walk to keep you safe!  Don’t run – this gives motorbikes less ability to react and go around you.  Walk at a steady consistent pace – don’t stop and don’t turn back! 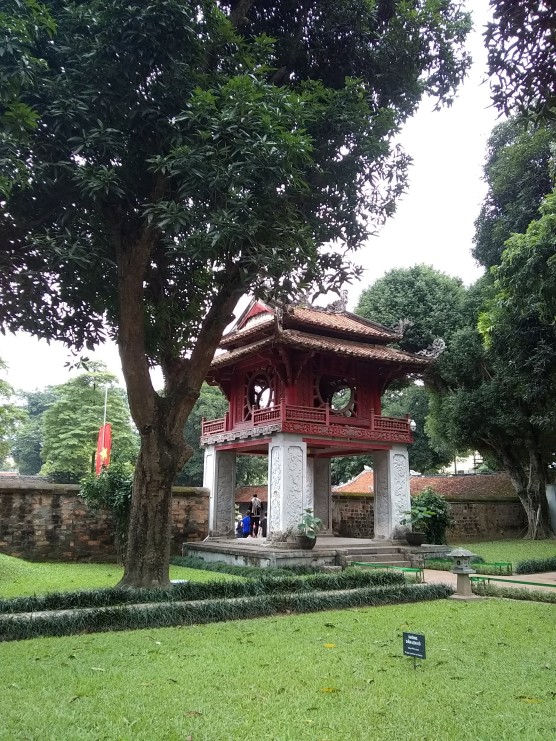 Book and Movie recommendations:  Before any trip I try to read and see (fiction and non fiction) about my destination.  Because of the US history in Vietnam, for this trip, that included the war movies We Were Soldiers and Platoon.  I don’t necessarily recommend those two particular movies, but I was glad I refreshed myself with the US pop culture perception of the war.  For a look at the French involvement and beginning of the US escalation, The Quite American (movie or book) is a classic.  I really enjoyed Vietnam, Now:  A Reporter Returns by David Lamb and thought the fiction book, The Lotus Eaters by Tatjana Soli was one of the best books I’ve read in a while!  Saigon:  The Novel was also a fantastic historical fiction account of a longer period of history (but not as griping).

More to follow in the coming weeks about specific spots in Vietnam.